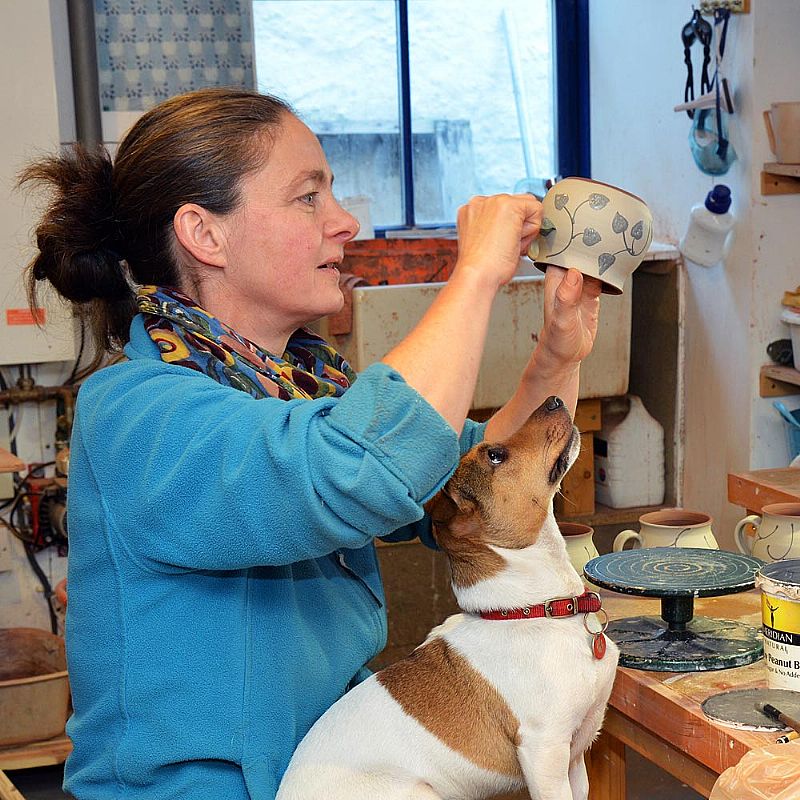 Bärbel Dister, originally from Hamburg, has spent many years working in potteries in Germany, France and the UK. Initially trained under the traditional German apprentice system as a tile designer, maker, and constructor of tiled ceramic stoves, her interests and skills expanded to encompass many other techniques, clays and glazes.

Since 1990 she has been based in Cromarty, selling her pottery and sculptures in the pottery shop which is part of the Cromarty Pottery, as well as from other shops throughout the country, and running a very popular series of pottery classes.